One of the two worst tragedies to affect our urban forest in Winnipeg is the discovery of Dutch Elm Disease (DED) in the mid 1970’s and now the discovery of Emerald Ash Borer (EAB) in the fall of 2017. 40 years after the discovery of DED we still have a large population of American Elm trees due to management that has slowed its spread. However, with EAB the prognosis even 10 years from now is that we will have no Ash trees surviving in Winnipeg except Ash trees that have been treated continuously over the coming years. All Ash tree species we have in Manitoba are susceptible to EAB

Based on the experience of cities in Ontario, Quebec and much of the Eastern USA the current state of EAB in Winnipeg is currently at low levels but the population of the pest is slowly growing and spreading. At some point in the next few years ash trees will suddenly start to die. When that happens the rate of decline will be rapid and the time to treat against EAB will be past. At that point it will be time to remove these infected ash trees as quickly as possible.

It is important for all properties to inspect their Ash tree populations to determine which Ash trees they wish to keep (treat) and which trees are deemed not worthy of treating or are not worth the cost of treatment. The other issue to keep in mind when looking at Ash tree populations is that once these trees start to die from EAB they quickly become hazardous. EAB infected Ash trees experience unpredictable rates of trunk and branch failure which puts people and property at elevated levels of risk.

The take away as a result of EAB is to plan for the treatment or removal of your Ash trees before that choice is taken away from you by the EAB insect itself. 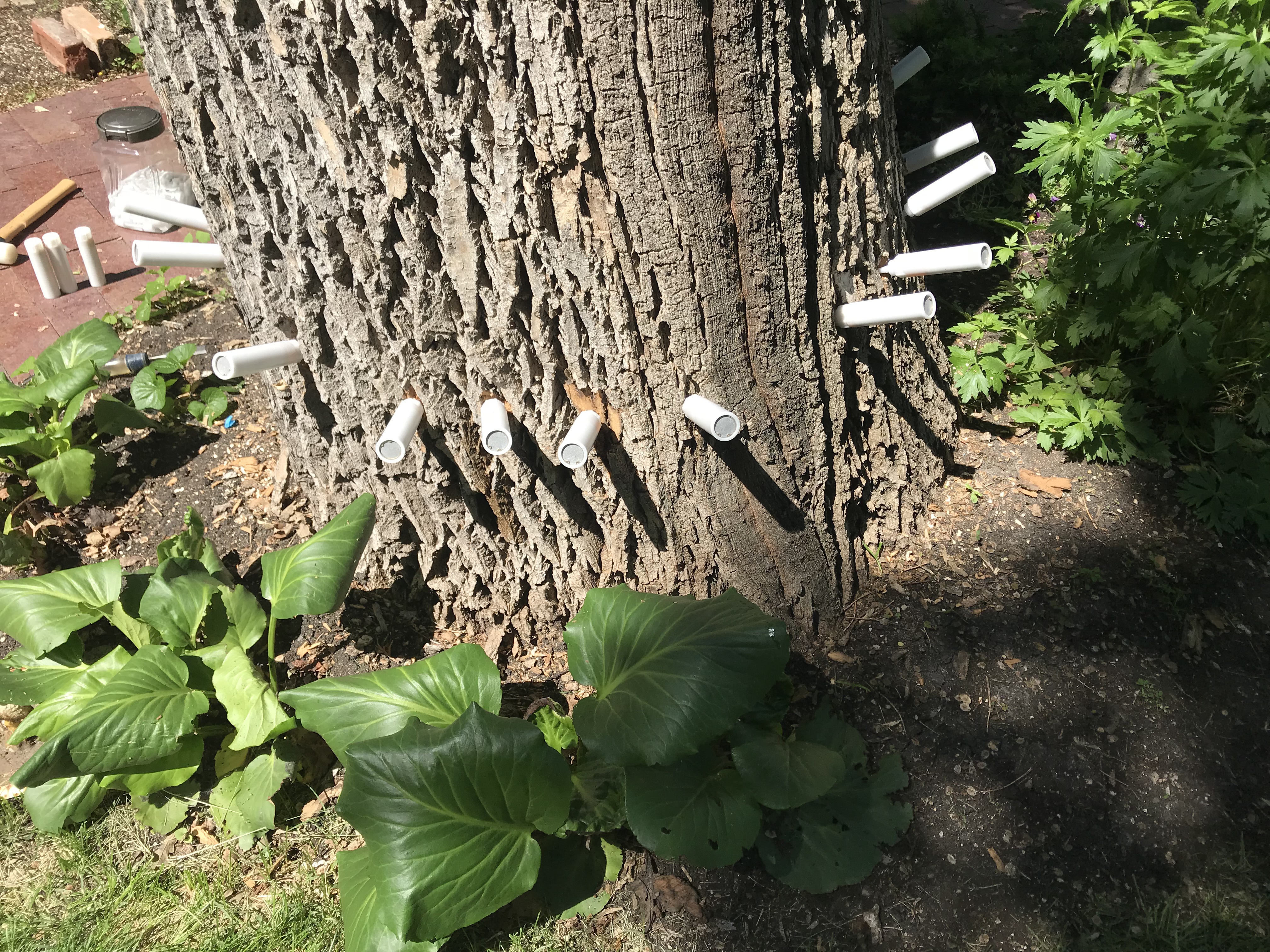 The following is a link to an excellent article outlining the use of wood chips in the landscape....

Decay, disease, storm damage and age all harm the trees we cherish. Luckily, there are steps we can take to prolong their lives like pruning, cabling and bracing and training. Jobs like these — and other dangerous jobs like removals and pruning—are best left to the experienced arborists at Parkland Tree Care. We have the necessary tools, equipment and knowledge to safely care for your trees and shrubs.

If you would like to schedule an appointment for a consultation or a free estimate please call us at 204-981-8273 or fill out the form. Let us know what your tree requires and one of our arborists will get back to you at the earliest possible convenience.